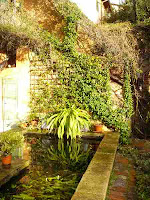 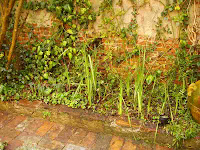 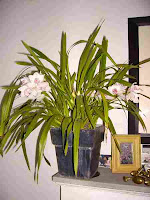 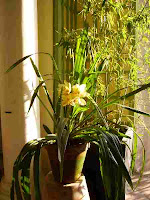 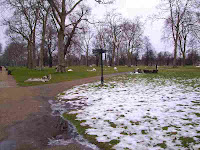 Isn't this - http://www.pomiane.com/2007/06/recipe-roast-loin-of-pork-with-dijon.html the recipe you're meaning to link to? Currently I get an apple tart with vanilla for both links, including the pork.

Yours is currently the best food related blog out there, by some way. I, of course, as you will easily be able to tell, am no expert.

1. Thanks for pointing out the error -link should now be working properly
2. Many thanks for your kind words, which are very much appreciated.
3. BTW, I approve of your 'handle' - the amount of sub-standard cakes and pastries that must come about because people don'tunderstand the difference between US and Imperial measures is beyond imagining!

Thank you for the kind words too. I find "cups" the very devil of a job to deal with, especially when making cakes and pastries. Even though I went to the trouble of buying a set of measurement tools the quantities are just so variable, depending, for instance, on how firmly ingredients are packed. I have an American copy of Paul Bocuse's, in my opinion, excellent "French Cooking" and wouldn't dare make a cake from it, sticking, for safety's sake, to dishes where variations in quantity are more forgiving!

Your own recipes are exercises in clarity and as you give us source, context and your previous experiences (I get the feeling from some recipes in cookbooks I own that the chef hasn't even tasted the dish in question, let alone cooked it) they seem, so far, to be pretty much infallible, just like those of Pomiane, even for an all too easily distracted cook like myself. I've thoroughly enjoyed all of the ones I've tried so far and look forward to trying more.

I've learnt so much just from reading your entries. My cooking has been, on occasion, significantly improved by your suggestions; by getting me, this week, to make puff pastry from scratch and by introducing me to the work of Bruno Loubet to name just two of them.

Do you know, it's never actually occurred to me that people might in fact be using the recipes I write! What a compliment...