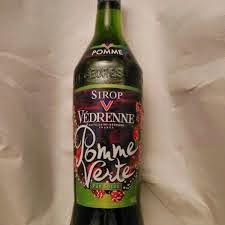 There's a lot to be said for a well-made Crème Brulée...including the fact that they aren't that easy to find. There seem to be many ideas of what constitutes a good one - how thick or how light, with or without the addition of soft fruit or other things to be discovered under the Crème, and whether the crust should be light and delicate, or dark and practically impenetrable - and even more different methods of making the thing. I've tried versions from Pierre Hermé, Loubet, Leith, Galmiche, Marco-Pierre...and probably many others that I can't even particularly remember. Almost all use bains maries; some pre-cook the crème as a custard, and others go straight from the egg mixture to the oven; temperatures and timings vary wildly, and so do the end results.
This version was discovered somewhere on the internet by the Technical Dept - I suspect it might have been on the Vedrenne website, in fact - and passed on to me. Technically, I don't think it can be bettered, and it has become my standard.

I first discovered Vedrenne Pomme Verte sirop a decade or so ago, when I was in search of Vedrenne sirops at a reasonable price, and tracked down the UK importer - a genial chap, based somewhere in Oxfordshire. He was quite happy to supply me, as long as I bought a minimum of a case of a dozen litre bottles at one time; and since the case could be mixed, I happily chose at random from a whole list of flavours I'd never previously heard of, to supplement the Framboise, Cassis, and Pêche de Vigne flavours that were what I was really after. And amongst them was Pomme Verte. A novelty, smelling intriguingly of almonds, I was initially at a loss about how I could use it - as with all sirops, the flavour disappears if cooked too robustly. In practice, it is good if added to other things, to give them a kick...a spoonful added to apple sorbet as it churns, for example, or added to the custard for a tarte normande, or a flavoured filling to go inside a crêpe. And, for something like crème brulée, it is perfect.

Oh, it is excellent also in a large,chilled gin and tonic....in fact, I'm almost tempted to say that that is its best use of all!

If you leave out the sirop in this recipe, then the recipe works either as the base for a differently-flavoured Crème Brulée, and if you don't bother with the burnt topping, then the recipe is effectively the same as for a petit pot à la crème.

2. Put the cream and milk into a simmertopf, and leave over a gentle heat for a few minutes, to heat through.

3. Beat the egg yolks and 15g sugar, until pale yellow.

4. Add the heated milk/cream to the egg mixture, along with the Pomme Verte, and whisk to incorporate.

5. Divide this mixture between two ramekins, and place in the pre-heated oven, on  baking tray (no bain marie!) for 40 minutes. At the end of this time, they should be quite firm - if they aren't, they should firm up whilst cooling after they've been taken out of the oven.

6. Once they have coled down - after twenty minutes or so - place in the fridge to chill for at least two hours.

7. Thirty minutes or so before serving, sprinkle the tops with a covering of caster sugar, and use a blowtorch to caramelise the sugar to a dark brown. Place the ramekins back in the fridge after this, until you want to serve them.