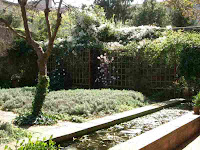 A week ago, I was sitting in Pisa, french-windows wide open, the sun streaming in from a garden filled with birdsong, blossom, and the button-sharp freshness of new leaves opening on the Pomegranate and the Persimmon trees. The first roses of the year were already visible on the pergola, and the water-lilies were starting to carpet the surface of the pond with a new growth of lily pads. Winter was definitely packed up and put away.....

So why is it that I'm now keeping close to a blazing fire, having spent the day watching - in relative disbelief - a succession of hailstorms, thunder, lightning and what the Met Office would presumably describe mellifluously as 'sunny periods'. And there was I under the mistaken impression that climate change was supposed to herald the arrival of olive groves in Leicestershire and a citrus

harvest in the Wirral! Not a bit of it, it would seem....
The Moscow Times carried a piece on Wednesday which noted that this winter - the coldest for 26 years - has seen the increase of Arctic ice-cover of a million square kilometres over and above the amount this time a year ago (it's an increase of something like 7%, I think.....not sure precisely) and further remarked acerbically that the fact had gone largely unreported - presumably on the basis that it was inconsistent with the accepted global-warming narrative? If today's temperature is anything to go by, then I'm firmly in the as-yet-to-be-convinced category..... 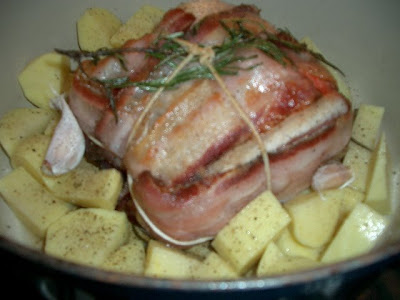 ta; and Lemon & Gin Syllabub, with Almond Biscuits) , amongst other things relating details of a recent Veal tasting they'd attended at The Ambassadors in Exmouth Market. In addition to the comparative tastings of Dutch and English Veal - English sweetbreads got a very positive thumbs-up - was a presentation by a Yorkshire producer of Veal, with interesting stories to tell. Have you ever considered that vast quantities of calves are produced and disposed of merely as a means of keeping the milk-producing cows lactating? Pe

rhaps rather dimly, I never had.....It is kind of obvious, but somehow not something that we tend to be focused on. Because....well.....cows eat grass and .....er....produce milk....don't they? Everybody knows that. Well, yes. But their systems also require the other thing to happen as well..........from which lots off unwanted calves are the by-product, the vast bulk of which are then despatched, at best to be turned into offal, and at worst merely to be disposed of. I wonder if all those milk-drinking vegetarians from the lofty heights of their moral high ground ever give that fact a moment's consideration? Somehow, I doubt it....