Rising far too late for a Saturday morning, I emerged from the house into a glorious mid-winter's day, racing to catch up with the army of matrons whose weekly habit it is to lay waste to the Pisan food shops at crack of dawn, before retiring victorious, shopping bags bursting with loot. Needless to say, I was too late, and found only a few tired roses left at the flower stall on Borgo Stretto, and knew for sure I was on a hiding to nothing in my hope of getting Tuna Steaks at the fishmongers....And this was all before 9.45 in the morning!
In the end, this was one of those occasions when I just had to revise the weekend's menu p 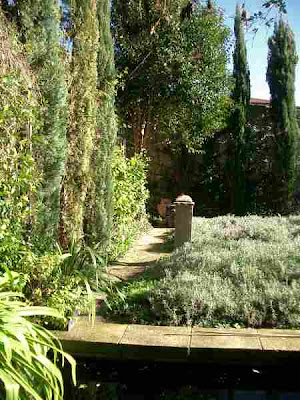 lans on the hoof, in line with what I found was still available to buy.....so, it will be Swordfish Steaks this evening (cooked à la Boulestin, with Cream and Marsala), preceded by Beef & Porcini Strudel.

An absolutely beautiful day! Completely still, with a clear, cloudless and intensely blue sky. Cerulean, maybe? The perfect day for getting the garden into shape, and for catching up with all the outdoor chores which should have been done over Christmas, but weren't. 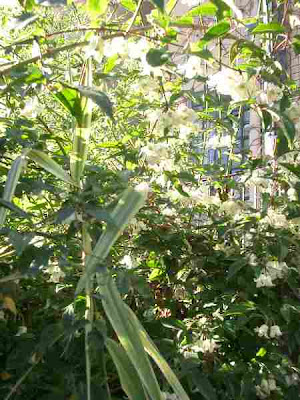 he wonderful things about a garden in Italy is that things shut down for winter for so short a period that it's almost unnoticeable. Already the daffodils are budding, the Japanese Camellia is in bloom, the South Pergola is festooned with Urophylla blossom, and the narcissus and Hyacinths are sprouting enthusiastically - as are the freesias (but, then, they seem to follow such an erratic flowering timetable that I hesitate to guess whether they're early or late). The Magnolia Stellata are both budding almost obscenely, and will be in flower shortly, and the hellebores are blooming quietly, in their usual understated fashion..... 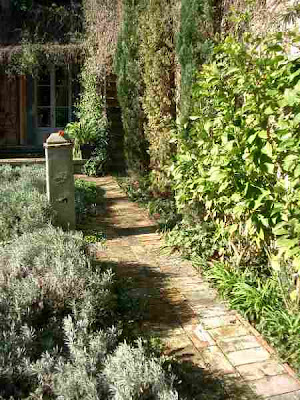 And so: I spent the morning hacking back the Passion flower on the North Wall - a great big brute of a plant, rather inappropriately named 'Charlotte Eliot', which flowers generously right the way through from late April until the end of October - and clearing around the rock cranesbills and the dwarf agapanthus in the bed below. I noticed in the process that the lemon crop is currently quite abundant, and so gathered a bowlful of lemons at the same time.
Then, as the sun moved round and the East Wall warmed up, I finally tackled the job I've been putting off and putting off for ages: giving the Pomegranate Tree its annual haircut. My second-most-loathed garden chore (pruning the Lavender beds is most loathed of all), hacking back the Pomegranate Tree invariably generates both neck and back-ache, and involves many, many scratches (Pomegr 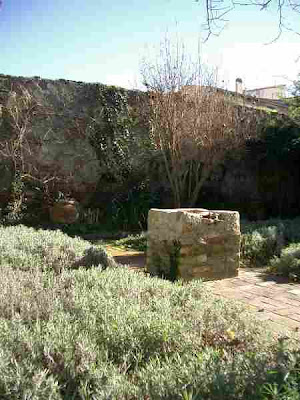 anate branches are very prickly) as well as the airing of a great number of anglo-saxon expletives along the way. Finally, it was over - until this time next year, at any rate - and not before time, as the sun had now moved off the garden entirely and although the back of the Palazzo Ruschi was still bathed in sunlight, standing there in shirt-sleeves suddenly felt very end-of-January-ish. Back indoors, to make a Lemon and Almond Cake and a Chicken Liver Terrine......for no particular purpose beyond, just because....

Swordfish Steaks, in Cream and Marsala Sauce, with Broccoli, fresh from the market.