Dinner, in the courtyard. Where it's marginally cooler - or we persuade ourselves that it is, at least.

Semifreddo of Bergamot and Amaretti, with a raspberry sauce. 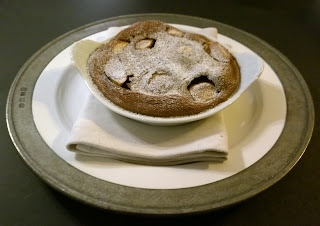 I'm trying to think of as many pear recipes as possible that can be served over the short (but monumental, given the size of the crop!) period of pear harvest we're now experiencing, without it all becoming drearily repetitive: pear souffle; pear sorbet; Tarte Bordaloue; pear tarts; crepes stuffed with baked pears, with a rum/pear/butterscotch sauce; pears, diced fine and served with honey over yoghurt, for breakfast; pear cake; pear-treacle pudding; tartine perigordine ....and this.

It's a standard dessert clafouti recipe, but with the addition to the batter of a small amount of powdered chocolate, which takes the whole thing to a different level.

1. Grease four standard egg dishes, and arrange in them the pears, which have been peeled, quartered and cored (If the quarters are large, divide them again into eighths). Sprinkle the pear pieces with the 2 tbs sugar and bake them for about 20 minutes in a 190 degree C oven.

2. Melt the butter over a gentle heat, and leave it to cool.

3. In a liquidizer jar, blend together all the remaining ingredients, and once the melted butter has cooled somewhat, add this also and blend again.

4. Remove the egg dishes with the baked pears from the oven, and divide the chocolate batter equally between them. Return the dishes to the oven for 25 minutes until puffed and proud.

Dust the tops of the clafoutis with icing sugar, to serve. 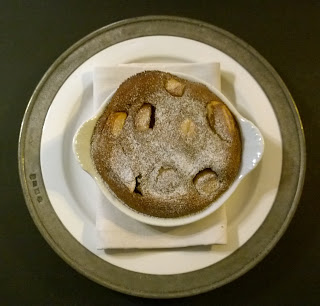 View from the Breakfast Table, this morning... 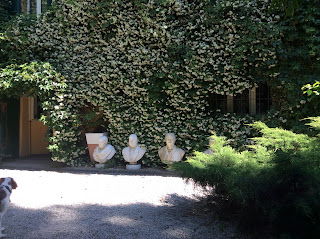 Three of the Spice Boys, enjoying the morning sunshine against a background of trachelospermum in full bloom. The smell is intoxicating! (Also, with a guest appearance in the bottom left corner of the frame, of a puppy - now seven months old...)

Apricot Tart, with apricots fresh from the tree, picked after breakfast, this morning (puppy currently in deep disgrace, as she snaffled a quarter of the tart before it was served - it had been left negligently too close to the edge of the kitchen counter. It's a learning curve...) 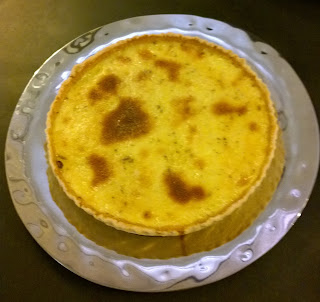 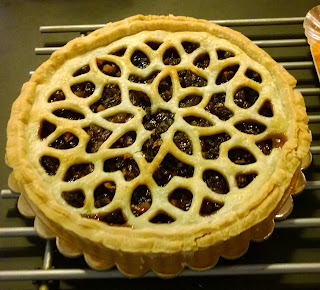 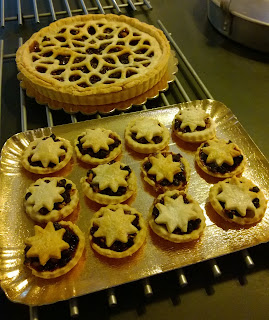 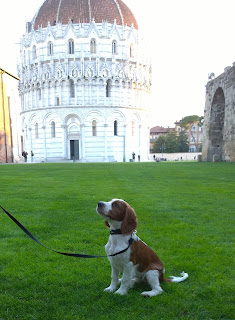 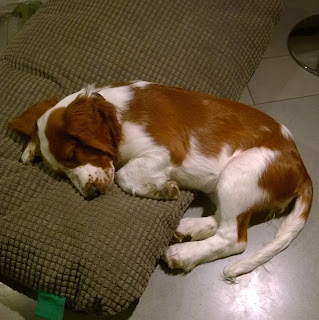 Salad of Beetroot, Feta, and chickpeas 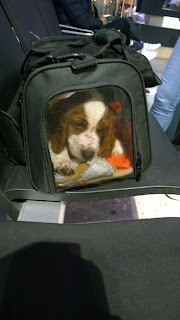 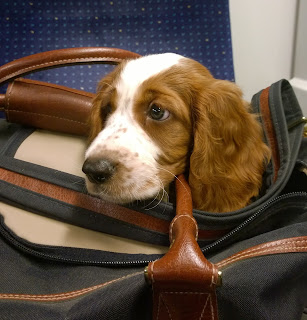 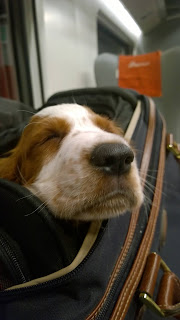 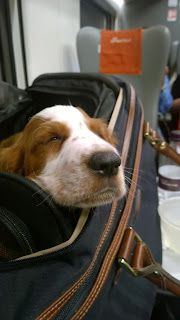 On the same train...later
(Are we there yet?
Nope....another train after this one, and then a taxi.) 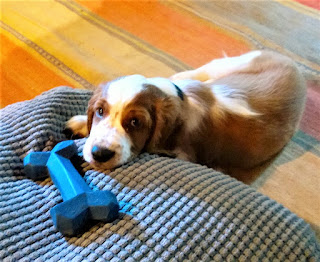