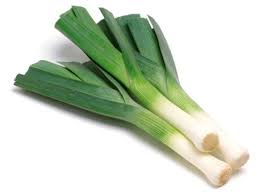 In Italy, this would be called a sformato; in France, a timbale; and in Britain, whence the recipe hails, there's every reason to think of it as a savoury baked custard. Apart, that is, from the fact that the dreary and workaday words 'baked custard' do not, never have and never could conjure up an image of something so unctuous and delicious as this dish actually is. The version given here is closely based on one in Stephen Bull's admirable 'Classic Bull' , where he does refer to it as a 'custard' - but then, in that book he was more or less on a british-ish food trip, where the frames of reference were things like jugged hare, and omelette Arnold Bennett, and drop scones...and so 'custard', with all its home counties overtones, fitted right in.
The book, by the way, has much to recommend it, and over the years I've come across a number of treasures within its pages which have subsequently been assimilated into my own repertoire - his breaded pork paupiettes, for instance, stuffed with basil and anchovy, are excellent and point-scoring, as are his recipe for lemon cheesecake, and his method of blanching cucumber before finishing it in butter to serve as a vegetable to accompany fish. The abysmally bad editing before the book went to press means that careful reading is necessary, however, before actually embarking on any of the recipes - in the aforementioned cheesecake recipe, for instance, it begins with an instruction to heat the oven to 350 degrees F, and thereafter the oven makes no further appearance in the recipe (rightly so, since this cheesecake is set, and not baked - but isn't entirely clear from the way the recipe is written and the unwary might conceivably guess otherwise and try and bake it...with what ghastly results I can only imagine); equally, in the recipe for 'Beef Stew, with Orange and Cinnamon', you would search in vain for any mention of cinnamon either in the list of ingredients or in the recipe itself; guesswork is required to know how much of it seems a good idea, and what in fact you do with it, once you've estimated the quantity.

Anyway: leek and mushroom 'timbale'. This is one of those starters to be made in individual ramekins, and, once turned-out, to be coated with a spoonful of whichever delicious sauce suits your palate. In this instance, standard hollandaise would be my choice, although equally a version using dijon mustard rather than lemon juice would also work pretty well.

1. Reconstitute the dried mushroom in hot water for twenty minutes or so, then drain, rinse thoroughly and chop finely.

2. Melt the butter in a small saucepan, then add to this the field mushrooms, roughly chopped, along with the chopped dried mushroom. Cook the mushrooms, covered, over a low heat for about five minutes.

3. Add to the pan the chopped leek, and cook, still covered, for a further ten minutes. Season lightly.
At this point, heat the oven to 180 degrees C.

4. Add the wine and stock, raise the heat, and simmer enthusiastically until the liquid has mostly gone, then add the cream, and continue to simmer until the cream has reduced by about half, so that the leek and mushroom mixture is enrobed in cream rather than sitting in liquid.

5. Allow to cool for a minute or two, then blend it in a liquidizer along with the eggs and tarragon. Check the seasoning at this stage and adjust as needed.

6. Grease two 10 cm ramekins, and run a narrow strip of foil inside each one (along the base and up the side, with the ends folded down and over the outside) as a means of subsequently assisting in unmoulding should they want to be recalcitrant. Divide the leek and mushroom cream between the ramekins, and then place them, in a bain marie, in the pre-heated oven. Cook for slightly more than 30 minutes (by which I mean 31 or 32 minutes - it depends on your oven precisely how much time they will need, and I find in my oven in Italy that at 30 minutes they are just, but only just, done to perfection; a minute or so more takes the finished product to the right side of wobbliness.)

Unmould onto heated plates, and serve with the sauce of your choice.
Posted by Pomiane at 16:25