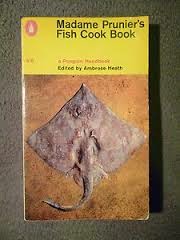 Intrigued recently by a reference in Madame Prunier's classic tome on Fish cookery to a 'Crêpe Prunier' which contained, amongst other things, a healthy slug of something called Liqueur Trappistine, I've been idly looking into the history of monastic tipples. I'd never heard of Trappistine before. An early volume of Larousse 'Dictionnaire Universelle' stated that it was another name for Benedictine, and is made by the Benedictine monks at the Abbey of Fecamp, in Normandy...although, this factoid was shortly thereafter brusquely consigned to the dustbin in an 1892 article in The New York Times, where the confusion of Benedictine with any kind of Trappistine hooch was shown to be nonsense - as, indeed,  was the idea of  Benedictine monks hoiking up their cassocks to produce industrial quantities of any kind of rather sickly liqueur. To the extent that a liqueur trappistine exists commercially at all, it originates with the trappist monks at the convent of Notre Dame de Tamié, in Savoy...and is first cousin to other, probably equally questionable, gut-rots such as Chartreuse, and the intriguing Cordelière, made by the canons of La Mothe, in Lorraine, and which was of such impressive strength that it was apparently successful in seeing off the plague which ravaged central France between 1630 and 1637.
What was more definitively consigned to the dustbin by the New York Times journalist, in January 1892, however, was the whole load of blarney associated with the benedictines being hard at work churning out their famous tipple by the barrel load. Investigation of a report from several weeks earlier of a disastrous conflagration at the Abbeye de Fecamp, complete with cowled monks battling the flames in a attempt to save their precious production, revealed that there was no Abbeye, there were no monks, and that the whole Benedictine 'story' was a fairytale dreamed up by an imaginative local boy with an eye to the main chance.

What, in this day and age, would be explained as merely a creative approach to marketing. The conflagration had been at his factory, which was of industrial proportions, and certainly had more substance to it than his claim to be following an ancient recipe he had 'found' in an old book, preserved from the monks' library which had existed before the revolution. It even identified by name its medieval inventor, and came up with an apocryphal visit to Fecamp by Francois I, who (inevitably) gave to the drink an unqualified seal of royal approval.
Mind you, the association with Benedictine of all sorts of creative nonsense doesn't appear to have ended back in 1892. A trawl online about the stuff uncovered the claims that apparently it is the favourite tipple of the supporters of Burnley FC, and that the Burnley Miners Club is the single largest consumer of Benedictine anywhere in the world. I say 'apparently' since these claims seem curiously reminiscent of the gem which appeared in Norman Mailer's Wikipedia entry shortly after his death stating that he had been a lifelong supporter of Bristol Rovers, and which was unthinkingly repeated in the obituaries of Mailer published thereafter by certain particularly witless journalists. When it comes to that particular fact, or a mouthful of benedictine, I'm unclear which of the two would be the harder to swallow.

Tarte Tatin of Apple and Rosemary.
Posted by Pomiane at 12:38