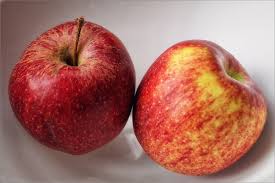 I'm having a summer of Spanish cooking. Which, I find, is very often a more sophisticated version of Italian fare; where the latter is so often and very clearly the product of peasant kitchens and resources, its Spanish cousin is the result of centuries of a rich Royal Court, and a more varied and evolved culinary experience. For summer menus, now that the days are long and hot, and the evenings perfect for al fresco dining, Spanish dishes could not be bettered: light, and fresh, and deceptively uncomplicated in style.
From the pages of Penelope Casas (of long acquaintance), and of Elizabeth Luard (who I have never previously read from a purely  'Spanish' angle), and of Janet Mendel (a completely new find), I've been extracting splendid new nuggets. Of which this is one.
When I first started to make it, as I assembled the ingredients in the pan, a suspicion began to form in my mind that this was all very familiar, and that all it would be would be the puree that forms the base of a regular tarte aux pommes. And, when you see what the ingredients are, you'll understand why. But, not so. I'm unclear by what precise alchemy - perhaps merely the surprising length of the cooking time - but the finished product here is unlike anything else I've ever come across. And, it is good!
Serve it with cold, vanilla-flavoured Creme Anglaise. Cream, on its own, would be too one-note-ish, and the delicate flavour of the vanilla offsets the dense sweetness of the apple pudding to perfection.

2. Peel and dice the apples, and place them in a small pan along with all of the rest of the ingredients, apart from the eggs; cook, covered, very slowly, for three hours. By which time they will almost entirely have collapsed,and the mixture will be quite dense.

3. Allow the mixture to cool, and then mix into it the two eggs, lightly beaten. Divide this mixture between the three ramekins, and then place them in a bain amrie and cook them in an oven pre-heated to 175 degrees C for one and a half hours.