It seems that everybody goes in for this as the end of the year approaches, so I suppose I'd better throw in my six penn'orth, and shout about My Book of 2007.....

, this isn't one book, but the two books which have (so-far) been produced by one person: Galton Blackiston. My parents went for lunch at Morston Hall (Galton Blackiston's Norfolk restaurant) to mark my father's not-quite-'zero' birthday in June, with the end result that I received copies of both volumes of GB's oeuvre downhill of that lunch - which was apparently excellent in every way. I have to confess, I'd never heard of him before - although when I googled him, he seems quite high-profile... (a result of not having a TV, I suppose - a lot of this stuff passes one by!)

I was initially discouraged by the enthusiastic puffs for these books from Delia Smith and Simon Hopkinson respectively - and, to be honest, the appearance of their names writ large on the front covers would normally have dissuaded me from looking further, had I merely seen them on the shelves in a bookshop. T

his is one occasion, however, when a man shouldn't be judged by the company he keeps........and my initial lukewarm reaction was soon and very definitely overcome.

Quite a few months after they arrived, neither book has actually made it to the bookshelf, since they've been pretty much 'in use' for that entire period. I've now worked my way through a significant chunk of 'A Return to Real Cooking...' and am making forays also into 'Cooking at Morston Hall..' and have found the experience very rewarding, and definitely more-ish. There have been a couple of rather ordinary things - his meat section leaves me rather cold - but only one distinct thumbs-down (a Parsley Salad, which read well on the page but in practice was almost inedible - but then he attributes it to Simon Hopkinson anyway, so my case rests...) and a number of things which have been really

very good indeed: Crab Tart, where the introduction of sautéed spring onion between the white Crab custard layer, and the brown meat which lines the tart shell adds a whole dimension to the dish; Cod, baked with a Herb Crust, with a thin coating of horseradish sauce between the f 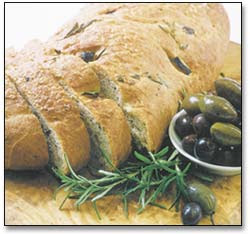 illet and the crust - delicious! The vegetable section in both books is excellent, as are his chapters on fish. Desserts are good - reliable and mouth-watering - and the peripheral stuff which focuses on things like breads and biscuits are very good indeed.

For a time, I found myself wondering quite what it is about these recipes that I like so much - and in advance of actually recommending them, I think I've managed to pin down my reasons..... to a degree. Without being particularly creative or innovative, Galton Blackiston has an ability to identify what is essentially good about a dish - flavours, textures, combinations - and then sets out exactly how to produce the dish in a way which plays to its strengths

. He's that unusual being: a great recipe writer - the recipes in his books are no-nonsense, practical descriptions of how to achieve very good results with efficient use of both time and resources. Additionally unusual is the sense one gets that he has learned much in his years in a restaurant kitchen, and is faithfully transcribing that knowledge and experience onto the page - translated (and tested) for use in a domestic environment.

I've already got a lot of pleasure from these books, and with more yet to come. Highly, highly recommended.......